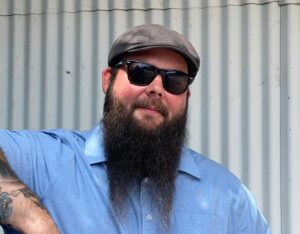 On-Air HostCarl is one of the newest faces, and voices, at My Town Media. Starting with the company in April 2021, he is the host of Mid-Days With Carl from 10am to 2pm on My Country 99.5. Featuring the best country and red dirt music around, the show also focuses on the local happenings and events around Emporia.

Growing up as a military brat, he traveled around a lot in his childhood, but spent the majority of his life between Maryland and Georgia, claiming Baltimore as his hometown. Still a relatively new Emporia local, Carl along with his goofy dog and cat, moved to town in 2019 after an almost decade long run as a Las Vegas bartender. When asked about what made him make the leap from Las Vegas to Emporia “I had visited a couple of times for the Glass Blown Open and during my first trip to Emporia in 2017, I immediately fell in love with this town. It was really love at first sight. From that point on, I made it my goal to escape the lights and sounds of Las Vegas for this lovely community”. Even adding that Emporia is the first place that’s felt like “home” since moving away from Baltimore over 10 years ago.

To say that his taste in music is eclectic, would be an understatement. With a background in drums and percussion, no style of music has ever been off limits to his ears. Even though his favorite bands are Deftones, Clutch, and the Beastie Boys, Carl has a love for classic country and red dirt has been growing on him since moving to Kansas. Even claiming that Garth Brooks is “easily one of the best live shows he has seen in his life”. While music has always been a strong part of his life, and being on the radio was a childhood dream, it’s the ability to be an active part in the local community that Carl cherishes most about being on the radio. “Having the opportunity to be more involved locally is such a rewarding feeling. Emporia is such a wonderful town and community, unmatched by anywhere else that I have lived before. I hope to have as much of a positive impact in Emporia as it has had on me.”

One of Carl’s many favorite quotes is “Life has become immeasurably better since I have been forced to stop taking it so seriously.” – Hunter S. Thompson 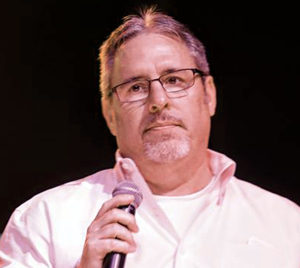 I’ve have been with My Town Media for a Just under 2 years. I’m the afternoon guy, I’m on from 2-6 Monday thru Friday, and on Friday’s bring you 35 South! I love the listeners and meeting them, I also love sharing Red Dirt music with the state of Kansas. I play Golf, love most sports, and My Daughters play Volleyball. One in College and one in High School, so I’m usually watching them play. I have a lot of “favorite” songs, and my favorite genres are Red Dirt and 80’s rock.

I have two daughters, one in college and one in high school. We also have a dog in our house, her name is Trixie, and she’s amazing. My favorite sports teams are Chiefs, Bears, Royals, Cubs and Shockers!!

When asked about his favorite quote, The more I work and practice, the luckier I seem to get.” -Gary Player
I’m a military brat that grew up around the country. I went to 8 schools in 12 years, before graduating from Claflin High School. I joined the USAF 14 days after my 18th birthday, spending time in Texas, Colorado, Kansas and Japan. I then went to Fort Hays State University and graduated in 3.5 years. I started my Radio Career while in College starting in Great Bend at KHOK, then off to KRSL/KCAY in Russell, back to Great Bend and KZLS, then to Dodge City, transferred to Hutch and in 2000, Wichita. I’ve worked for KFH and KEYN at Entercom, KFDI/KFXJ and KICT at the Journal Broadcast Group, KVWF/KIBB at Connoisseur Media Wichita, KVWF/KIBB/KKGQ with Rocking M Media, and now I’m with the My Country brand while programming it as well for KQZQ, KKDT, KHDL, and KBIK. For the last 9 years I’ve been hosting the award winning 35 South Radio program, showcasing and promoting Red Dirt music through out the state of Kansas.

I’ve been fortunate enough to have won the CMA Award for Medium Market Personality in 2007 as part of the Dan Tooker in the Morning show. I’ve also been honored by the Texas Regional Radio Music Awards 7 times 4 times for Out of Region Station of the year and 3 times for Out of Region Personality of the Year. I have also received KAB Runner-up and Honorable Mention awards for 35 South.

So that’s Me in a nutshell.

Many of us are looking for ways to support response efforts related to the coronavirus. Below are some ways you can choose to help (participation is voluntary and does not impact your employment).

Educate yourself. Visit the CDC Website to learn about the virus, including ways to protect yourself and others.
Consider a donation to one of the following COVID-19 funds or a nonprofit you may already know that’s making a difference: 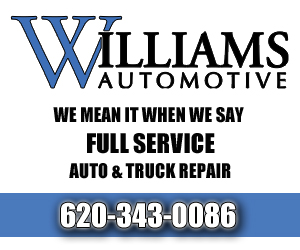